Home Vpn NordVPN Tested: Too Good To Be True? 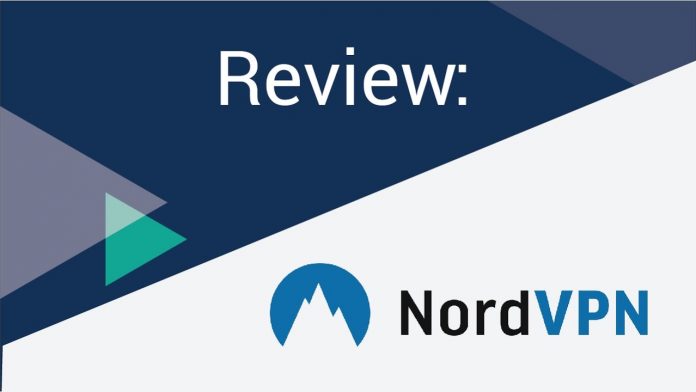 NordVPN is, quite simply, one of the very best VPNs we’ve tested – subscribe with confidence, knowing that it’s almost certain to meet your needs.

With zero user logs and the fastest speeds we’ve tested in many locations it’s sure to please both the privacy-focused and those who want outright speeds.

It provides reliable access to Netflix and BBC iPlayer and the recently redesigned apps look great, whatever platform you use it on.

Each plan across the NordVPN range offers exactly the same features.

You can find the best value at $3.99 per month over two years, for a 66% saving. It’s also currently running a special offer which saves you a massive 75%, working out at $2.99 a month for three years.

NordVPN offers a free trial as well as a 30-day money-back guarantee, although you’ll have to go through a troubleshooting process with a customer support agent before you get your refund.

NordVPN accepts many different payment methods including most major credit and debit cards, a few cryptocurrencies such as Bitcoin, and lots of international options like Alipay, UnionPay, and WebMoney.

It recently made the decision to stop accepting PayPal, moving to a similar service called Adyen which it claims offers a greater level of privacy for customers due to its self-contained nature.

NordVPN produced absolutely outstanding results in all of our performance tests. Both upload and download speeds were consistently fast and reliable across all locations worldwide.

NordVPN is very fast, especially on local connections, the best of which reached a phenomenal average speed of 209Mbps.

Average download speeds from UK to US were 74Mbps – enough to handle anything across multiple devices.

Some more distant connections were brilliant, such as San Francisco to Sydney (42Mbps), but others were much slower, particularly connecting out from Australia and Canada.

Latency was also very low at only 2ms for users in Frankfurt and 4ms in Amsterdam, making NordVPN a brilliant choice for streamers and gamers.

Average local upload speeds of over 89Mbps are some of the fastest we’ve seen in our tests, making NordVPN very attractive for P2P users. Local connections in London, Amsterdam and Paris even tested significantly higher than that.

While a handful of other VPN providers may offer higher speeds on individual servers, NordVPN remains one of our absolute top picks as it delivers such well-balanced performance without asking you to make sacrifices in other areas to obtain it.

The 62 countries within NordVPN’s network isn’t an excessive amount, but it should almost certainly ensure an option near you.

Over 5,000 servers is a fantastic number, with each server given a static IP address – this means greater privacy, albeit with the slight chance of slowdown should any one server get too busy.

There’s city-level choices in six different countries, too, including the US and UK.

All the major operating systems are covered (yes, even Linux) and, in the unlikely event that you’re left wanting, router installation is supported, too.

There’s proxy extensions for Google Chrome and Mozilla Firefox. They’ll encrypt your browser traffic, but protection ends there – we’d suggest you use them in conjunction with the main program.

Their in-built WebRTC leak blocker is an extremely useful bonus.

NordVPN has an Android TV app, meaning you can use it with devices such as Android TV and the Amazon Fire TV Stick without any manual configuration.

In fact, NordVPN is one of our top picks for the popular streaming device. If you own one and want to find out more, take a look at our roundup of the Best VPN for Amazon Fire TV and Fire TV Stick.

If you want to cover your other streaming devices or games consoles, though, you’ll need to install it at router level.

In all our time testing we’ve never once found an issue with accessing streaming services through NordVPN.

You don’t even need to worry about what server to pick, as it will automatically find the best option for you. US options work reliably with Netflix and the UK options all deliver access to BBC iPlayer – no mean feat judging by how many other providers struggle with it.

The access to streaming services doesn’t stop there. Paying users have also reported it works with:

There’s only one choice of protocol by default, but it’s our personal favorite: OpenVPN, providing the perfect blend of performance and security.

You can also use IKEv2 if you like, but it requires an extra download and a lot of advanced setup.

The built-in kill switch protects your IP address in the event of a connection drop and NordVPN’s privately owned and operated DNS servers ensure end-to-end protection.

There’s Double VPN and Tor over VPN available for extra encryption, and we found it totally free from IP and DNS leaks.

Since the VPN crackdown in China, NordVPN has become harder to recommend for residents or visitors.

Users have reported that the obfuscated servers sometimes work to beat the censors, but some have experienced occasional difficulties connecting to them.

It’s also worth noting that there are no obfuscated servers available on iOS, so iPhone users may struggle to connect from the country.

If you’re after a more reliable way to beat the censors, wherever you are, we would recommend you read our ExpressVPN review.

Here’s a comprehensive list of all the information collected by NordVPN:

That is the full extent of it. Server loads are monitored to maintain optimal performance for users, and nothing else. Your privacy is upheld above all else.

NordVPN is under the legal jurisdiction of Panama, putting it beyond the reach of US and EU data retention laws. Panama does not require companies to store or report any of their data, nor is it part of any agreements that compel it to share information with other countries.

Being based in Panama gives Nord the power to deny any third party data requests, so there is absolutely no way that any of your online activity can be traced back to you.

The NordVPN website has comprehensive setup guides for whatever platform you happen to be using, but it’s unlikely you’ll ever need them.

All its custom apps run smoothly and are almost entirely self-explanatory.

If you want to play around with advanced settings then you’re welcome to do that too – they’re clearly labelled and the app even warns you not to do so unless you know what you’re doing.

Installation and set-up are super-smooth and done in a matter of minutes, making it easy even if you’ve never downloaded a VPN before.

The process is as simple as downloading the relevant software from the site and following the prompts given to you by the installation wizard.

NordVPN provides excellent quality customer support both through its extensive knowledge base and via online live chat.

Support agents respond quickly and are extremely friendly and helpful, managing to fix most of our issues within a couple of minutes.

Troubleshooting guides are incredibly useful, too, covering a variety of potential issues and providing a range of possible solutions

NordVPN strikes a great balance between privacy and speed to set it apart as one of the very best VPN providers out there.

Commit to the longest plans and it also works out as one of the lowest priced. It’s very fast in most popular locations, with reliable access to major streaming services such as Netflix and BBC iPlayer. Superb upload speeds make NordVPN a smart choice for heavy torrenters, too.

It’s private, too – a true zero logs service based in a friendly jurisdiction that comes with some heavy-duty security options that you won’t easily find elsewhere.

CyberGhost Review – Why This Top VPN Is Worth Your Time