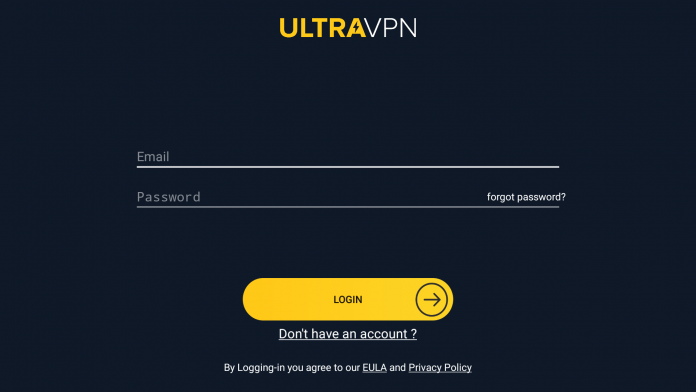 Browsing the web anonymously has become one of the most sought-after things to do by both tech-savvy and non-savvy people alike. The amount of information that websites can gather about you and what they can do with it is a scary prospect, so many people have resorted to using VPNs to make sure that their identities remain hidden regardless of which corner of the internet they visit.

Furthermore, changing your IP address with a VPN can provide a plethora of different benefits. That’s why we’ve decided to review UltraVPN, one of the most popular VPN options that people are using in the modern era. With global servers and the ability to unblock some of the peskiest websites and applications on the planet, it’s only natural that such a program has caught the eyes of the public.

However, how good is UltraVPN when compared to some of the industry’s most popular VPN services? Is UltraVPN better than Nord VPN? You can find out why Ultra is held in such high esteem by security experts and amateurs alike by reading our full and in-depth review on one of the best VPN services in the world!

UltraVPN Speed – How Fast Can You Browse?

One of the main things that people look for when purchasing the services of a new VPN service is speed. It’s pointless that you can connect to any server in the world if the speed of browsing or downloading will be compromised heavily as a consequence of the distance between yourself and the server.

That’s why most free VPN services tend to be bad choices – they make it very difficult for you to browse and download with high-quality settings.

The most important thing about a premium VPN service is that it makes you feel as close to the server’s location as possible. Let’s say, for example, that you need to connect to a server in the Netherlands but you live in Mexico. With a free VPN service, this can be a major inconvenience and the speed difference will be noticed in an instant. However, with UltraVPN, the difference is barely noticeable.

The servers of Ultra seem to be of a very high quality, and you can easily browse and download videos wherever you are in the world and regardless of how far your VPN address is. This is especially important if you intend to use UltraVPN to access region-locked apps such as Netflix – you’ll be able to watch movies and shows with no issue regardless of where you are!

You should expect to notice a small difference of around 10% browsing speed when using Ultra. This means that an Ultra server that is far from your location would only slow down your connection speed by around 10%, 20% tops.

How Safe is UltraVPN? – Browsing the Web with Ultra

Ultra VPN is one of the best-paid VPNs in the world, which naturally means that it’s also one of the safest programs that you’ll find. Your identity will remain safe while using Ultra and you don’t have to worry about the company collecting your data and using it for ill purposes.

This is one of the main advantages of Ultra, which is also one that many other top-quality VPNs also offer, like Nord or Express VPN. With Ultra, your information remains safe. This is one of the mains reasons as to why you might prefer to pay for a VPN service rather than use a free one – it’s much more difficult to find a free VPN that isn’t willing to share your information for profit.

When paying for a quality VPN service, you’re assuring to yourself that your browsing information will remain private, mainly because you’re already a source of profit to the company.

Free services mean that the company must find a way to make a profit, and there’s no better way to do that than sell your browsing information to a third party. It’s not morally correct, but it also isn’t illegal – signing up for a free VPN usually has this written somewhere in the T&C’s that you probably didn’t read anyway.

There’s one more thing that really makes you lose any doubts that you might have about Ultra. The program keeps no logs or registry of which sites you’ve visited, which means that you can browse whichever website you want and the company wouldn’t be able to provide anyone with information of what you did. Regardless of which agency gets involved, browsing with UltraVPN is as safe as it gets.

UltraVPN Compatibility – Where Can You Use Ultra?

Another awesome Ultra feature is that the app is fully compatible with a plethora of different devices. That means that you can access region-blocked sites and applications from almost anywhere in the world. You can use your phone to download UltraVPN and connect the same account that you use on your computer to it. That way, you will be able to use the same subscription in both devices.

It works quite well in Android and iOS, as it also works quite well in Apple and Windows computers. Compatibility isn’t an issue. All of the menus are well presented and the interface is very good in all devices, so browsing is definitely made much simpler than it is in other VPN services.

You don’t have to worry about Ultra working differently in some of your devices, as the encryption methods and the way it handles information doesn’t vary regardless of where you’re opening the app. This is a massive advantage for those that need to use Ultra in many devices at once, but bear in mind that you’ll need to pay extra to be able to use this VPN in all of your devices.

If you’ve ever used another VPN app in the past, you probably won’t have too much trouble getting accustomed to what Ultra has to offer. The menus and interface of the app is as straightforward as it gets. None of the crucial or fundamental things that you need to activate or move your VPN are hard to use or locate – everything is at your grasp and you won’t struggle to find it.

The one thing that we don’t like about UltraVPN is that the application doesn’t allow you to connect to your nearest server nor does it have an option to get you to connect to the one that offers the best connection for your needs. It would be very convenient, though. This is just one of the few downsides of the app (apart from its rather hefty pricing, maybe). However, if you know where you want to connect, it shouldn’t be much of an issue.

Notifications work quite well in all sorts of devices too, which is nothing short of incredible. As soon as you connect, or if you happen to be booted out of a server for some reason (which hasn’t happened to us), a notification displaying your new status will be shown to you. If you’re on Windows or Mac, the notification will pop up as a desktop notification.

You can fully configure the app to your liking, but only to a certain extent. We don’t want you to think that Ultra is as customizable as Nord. The app does offer quite a few settings that you can tweak and modify as you will, but it’s not nearly as effective as other VPN services. The job that it does well is keeping your information safe.

UltraVPN’s pricing plans are a matter of perspective, but in general, we’d say that they are a bit too expensive when you consider that other apps offer much more customization and even better connectivity than Ultra. However, if you’ve fallen in love with the features and interface of this app, then by all means, go ahead and try it. It’s very good and you won’t be disappointed with it.

You’ll need to pay a grand total of almost $14 a month if you want Ultra to work on unlimited devices, as the service cost a staggering $5 per month to use on over three devices at once. This is the main issue with Ultra’s pricing. You need to pay a lot of extra cash just to be able to get it to work on multiple devices. As a standalone service, it’s actually very affordable at less than $8 a month.

However, we can’t ignore how UltraVPN charges so much cash for adding multiple devices to the plans. If it weren’t for this sole issue, we would actually say that Ultra is one of the cheapest VPN services that you can get in terms of what the service offers.

We would very much like if Ultra had an integrated adblocker with it, but shamefully, it doesn’t. However, this doesn’t affect pricing too much because you can still use any third-party ad blocker without having to worry about it not functioning properly with Ultra. It’s compatible with other apps and it should work with no issues whatsoever.

CyberGhost Review – Why This Top VPN Is Worth Your Time

NordVPN Tested: Too Good To Be True?