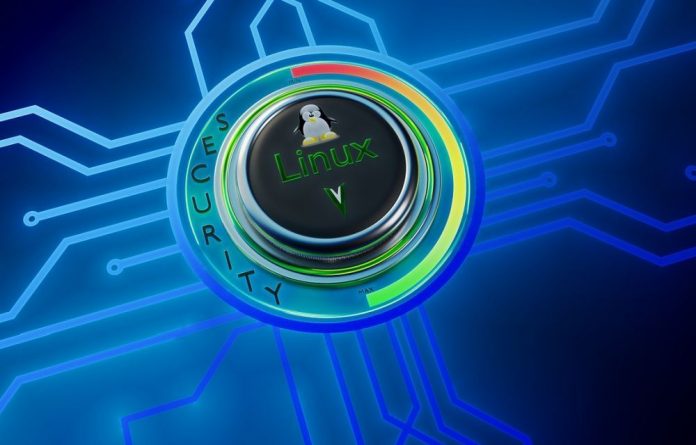 However, being too careful is never something to look down upon. That’s why we’ve made a list of the 5 best antivirus software that you can use on a Linux computer to make sure that you’re safe at all times. Keep in mind that most Linux programs operate almost free of malware and your data is very hard to obtain, but there’s no such thing as being too careful in the modern world.

The first thing that you’ll notice in this list is that almost none of the names that you’ll find here are rarely found in any other list of antiviruses. That’s because most are specialized to work on Linux and other operating systems that aren’t run on Windows or Mac devices. Fear not, though – they are known to be the best antivirus software for Linux!

Why Use Antiviruses in Linux?

This is a very good question, and even if you’re here, you’re probably still wondering if it’s worth it to install an antivirus in a Linux computer. The way in which Linux works makes it very difficult for hackers to access your information, and malware is almost 100% unlikely to get into your computer. However, with the developments of modern malware, you better be safe than sorry.

First of all, there’s a reason why so many companies have developed antiviruses for Linux. It’s not a matter of stubbornness, nor is it a matter of appealing to an audience that doesn’t know best. Even though the creators of Linux themselves have already stated that it’s almost impossible for viruses to infect your computer, there have been instances in which it has happened.

The best thing about most of the antiviruses that operate on Linux devices is that they tend to have a cost of zero. That means that you can enjoy the best antivirus protection for free even though its quality could cost you a hefty sum in any operating system like Windows or iOS.

Regardless, you should use antivirus software on your Linux computer as a preventive measure against attacks. Furthermore, using antivirus on a Linux device will also remove any piece of malware that could infect Windows or iOS devices, which means that you won’t act as a host of any sorts if you keep your computer protected.

Linux is one of the best operating systems in terms of malware-free operations. It’s too difficult for a Linux computer to be hacked because of the process it takes for you to download it, install it, and even add and remove programs to it. It simply doesn’t work like Windows or iOS, and even though we don’t want to get too technical in order not to confuse you, viruses are mostly kept away from Linux computers.

However, there have been instances in which keyloggers have been successfully installed on Linux computers and personal data has been stolen. As you might’ve guessed, none of the people who were victims of these attacks thought it could happen to them, which means that they didn’t have any antivirus software installed.

There are other measures that you can take to prevent your computer from being infected. One of the main things you can do is not open spam email, which is one of the easiest ways to get to your personal information. Also, refrain from downloading anything from shady sources or simply people who you don’t trust, as this could cause an infection in a matter of seconds.

Comodo is not the easiest app to use on the market. To be fair, the average Linux user should have no problems configuring it and making use of the best features available on this app, but to someone who isn’t proficient with computers, they might be better off trying something simpler like Bitdefender. In fact, it does stand out as one of the best apps to keep your Linux computer protected at all times.

The main use of Comodo is configuration. If you’re an expert on these things and you wish to fine-tune the finest details of your antivirus, you will struggle to find an app that is half as good as Comodo. As an added bonus, the Comodo staff is sure to provide constant customer support to whoever needs it, which means that you’ll be able to tell them where you’re stuck and they’ll help you out.

Comodo also works quite well in most operating systems. It even works on Mac and Windows, not only on Ubuntu software. You will also get a fresh browser and a powerful firewall to go alongside the antivirus, and if that wasn’t enough, the free edition of this antivirus is one of the best free antiviruses on the market for Linux users!

The only issue with Comodo is that it lacks a solid base to keep your computer from phishing attacks, so you might want to find some other app if phishing is your main concern.

Comodo comes with the Valkyrie app, which is a fully configurable sandbox that will allow you to tune anything that you want about this antivirus. You do need to know what you’re doing if you don’t want to mess something up, but once you get the hang of it, you’ll notice how Comodo is actually very easy to configure with a low level of expertise.

What’s even better is that the Comodo browser (which is called Dragon), is available for you to download without paying a dime – it’s included in the free version of the software!

If your entire family uses Linux devices, then you’ll be good to go in malware protection if you decide to purchase the Sophos premium plan. This amazing antivirus has everything you need to keep your computer protected against the most dangerous programs out there, and even though it mainly works on Linux, you’ll find that it also does a decent job in other operating systems.

Sophos also comes with a free plan, which can be acquired by as many people in the same household as you want. It’s very effective, even though the free version doesn’t provide great protection against phishing and scams as the paid version does. In any case, in terms of free antiviruses, it would be hard to argue that Sophos deserves to be one of the top options on this list.

The few tests that have been conducted using this amazing antivirus have thrown out some scary results. Sophos rarely lets a threat go undetected, as the massive database and its capabilities to neutralize even the newest of threats are something else.

Another great feature of Sophos is that. Should you choose to buy the premium plan, you’ll be able to connect up to ten devices at the same time – more than what many of the best antiviruses on the market allow their subscribers to use.

Apart from how easy this software is to use, Sophos allows you to remotely manage your security thanks to its multi-device compatibility and well-thought interface. In fact, if you’re looking for a product to serve the whole family, you’ve found your match – Sophos includes parental controls on its free version, something that many of the world’s best antiviruses can’t offer unless you pay cash for it.

Modern webcam hackers are also becoming an increasing issue, and Sophos lets you keep your camera protected against threats with a specialized software that tracks camera activity at all times. You can rest assured that no hacker will see through your webcam as long as Sophos is running in your Linux computer.

The only issue with the Sophos antivirus is that scans tend to take a decent amount of time unless you purchase the paid version. This is just one downside to an otherwise amazing program that still keeps your computer in shape regardless of whether you purchase the premium version or you don’t.

Alright, first things first: F-PROT has always been one of the best antiviruses for Linux devices, but it does have one main issue – it hasn’t been updated in quite some time. The engine still does a good job at keeping your computer safe and you shouldn’t have any major issues (particularly because Linux tends to be quite virus-free), but it would be nice if one or two updates could be dropped to keep people happy.

Originally, when F-PROT was tested during the few months after its latest update, it threw results that shocked testers. It offered a level of protection unseen by then, and it made it a major sensation in the antivirus community.

F-PROT is backed by a forum of experts where you can contact any of them and they will provide you any assistance during the installation process or afterwards. Worry not, though – the program itself tends to be quite easy to install and setting it up is one of the most straightforward processes that we’ve encountered so far in our experience with antiviruses.

There are many better pieces of antivirus software out there, but for Linux, F-PROT is one of those programs that will keep your device safe and you won’t have to worry about any incoming threats.

ClamAV lacks a lot of extra features, but it makes up for it with a staggering level of protection against all sorts of threats. Still, ClamAV is not your best choice if you own a Windows or Mac device, but when it comes to dealing with Linux threats, ClamAV is second to none. This antivirus could be considered a basic counterpart to other competitors such as Sophos, but it provides a good level of protection that will keep your computer clean against the most basic of malware.

Being an open-source program, ClamAV is not one to have a lot of features or additional components. In fact, it’s the entire opposite. ClamAV is the most basic antivirus on this list, but we’ve included it because we know that some people like to keep things simple – and that’s exactly why ClamAV makes such a good antivirus fighter. You won’t struggle to set it up or to use it.

Being open-source per se might be the best feature of this program, as that means there are no premium versions of this antivirus. What you see is what you get, and even though it’s not much, it’s still enough to keep you safe.

Bitdefender always seems to find a way into most of our lists, and there’s a good reason for that: the Bitdefender antivirus is such a powerful piece of software that it keeps all sorts of threats at bay. The makers of this program have also made sure that it’s compatible with most devices in the world, which means that you’ll get to experience top-quality protection regardless of which OS you use.

Bitdefender is thought to be the ultimate antivirus for most experts, and the best thing about it is that the premium plans don’t cost as much as you’d have to pay if you chose other options such as Norton or Kaspersky.

Bitdefender Free comes with its fair share of features, but things really get interesting if you choose to buy one of the premium versions of this program. It comes with game mode, parental control, and a personal firewall that keeps threats from entering your computer and makes your information stay safe at all times. Furthermore, it comes with a customized browser which helps you browse the internet safely!

McAfee vs Norton: Which Antivirus is Best in 2022?